X
X
↓
Home→Self-Publishing→Creative Nonfiction, Memoir, and the Nature of Truth 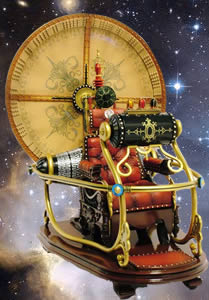 For research, I dug into my past and conducted interviews with people who were “there,” some of whom I hadn’t spoken with for two decades. Opening long-closed doors was scary and exhilarating, and it revealed curious things about the nature of truth. As I asked questions, reminisced, and listened to the memories of those who shared pieces of my adventure, I found they remembered things I didn’t. I remembered things they couldn’t recall. Some of the things we both remembered, we remembered differently. “No, that was me who said that to you!” If some absolute, factual version of truth lies beneath the memories, perceptions, and other aspects of consciousness that filter reality, getting at it is a romantic fantasy. Facts are colored by memory, viewing angle, and time. Truth is an unattainable absolute.

I was advised once “never to let the truth stand in the way of a good story.” Certainly, such a practice could be used to mislead people (like the kleptomaniac whose favorite saying is “The Lord helps those who help themselves”), but given a certain purity of literary intent, authenticity is of greater value than truth. When I wrote my memoir, I did so to honor special people, places, and times. Here and there, changing when certain events happened allowed me to create a story arc that was easier to follow. Occasionally, I made up minor characters or snippets of dialog because these helped the narrative flow (as if details of 20-year-old conversations can be remembered accurately, anyway). I always made sure these fabrications were plausible; any of them could have happened; they were fictional but authentic.

I recently had a discussion with a client whose love story includes an exchange of emails that document the growing openness and attraction of their writers to each other. She felt hesitant to make changes to them but I explained, “Back when you wrote those emails, you weren’t worried about making literature. Now that you’re sharing these letters with readers, they have different jobs to do; they have to move a story forward—a story you didn’t even realize you were writing at the time; they need to constantly clarify to the reader who is speaking to whom, a non-issue when the two of you sent and received them; and a small sampling of them have to reveal progressive insights into what each of you was feeling as the relationship developed. Life does not unfold in eloquent prose. Instead of documenting exactly what was written, why not create email conversations that authentically represent your two voices? The resulting revision was much easier to follow and read, and it did a more effective job at honoring the authenticity of the exchange—even if it was less factually accurate.

Some memoirists have baggage to dump, some are narcissists, and some need a place to put their mid-life angst—but the best of them create my favorite reading material. St. Exupery’s stories of flying mail across the mountains are breathtaking. Good memoir is not written so the writer can talk about himself for 400 pages; good memoir is written to share experiences, insights, and perspectives. It may be about the writer but it’s for the reader.

As such, the difference between documenting and storytelling is important. Documenting is about presenting facts; storytelling is about creating meaning. You’re probably not short-changing your reader if you share what happened before your sixth birthday in a few short paragraphs—or skip those events altogether. You may elect to cut out important life experiences because as powerful as they were to you, they’re tangents that don’t move your core story forward. And if you visited two islands on one trip and three more on another, rolling their descriptions into a single, imagined voyage will spare your reader quite a bit of unnecessary sailing time.

When I wrote my three novels based on a friend’s remarkable true stories, I discovered that actual truth is sometimes unbelievable. The best of life’s coincidences sound contrived. I altered a few passages where what really happened would have made the book sound implausible. The 95% true novels make much better reading than 100% true biographies could ever have been.

Though we all want future generations to read about our lives, this is not why most memoirists create their books. Why do memoirists tell their stories?

The official history was written by official historians. If you were there and know what really happened, why not set the record straight and honor those who changed the world without recognition?

Our great-great grandparents lived in a time before cars, electricity, antibiotics, and anesthesia. Stories of their lives set against colorful descriptions of their times make for fascinating reading today. They encountered loss, love, war, sickness, and the trials of life as much as anyone does today. But they didn’t have the powerful and convenient vehicles for documenting and preserving stories that we do; many of their stories died with them. If you are fortunate (or unfortunate) to have a powerful story, why not document and share, especially if you have experience, meaning, and wisdom to impart to others?

Memoir writing is the “extreme sport” for authors. I want to take you there and then. If you sail with me, I want you to taste the salt. When the seas are up, I want you to feel queasy. If I can connect you to a unique place and time to experience colorful people and remarkable events, and, as a narrator, not ruin that experience with my presence, I’ll have accomplished a pretty tricky piece of storytelling. Authenticity is the ultimate writing challenge.

Hove to, Journeyman rides comfortably among enormous swells, but contrary to first impressions, the wind has increased. From horizon to horizon, the surface of the ocean is a field of churning white foam. The tops of giant rollers are blasted into flying spray by the wind. I am adrift at the center of an exploding world.

Why am I not afraid?

There is no point in being afraid. There is nobody to ask for help, nobody to pay, nobody to seek advice from, no dream to wake from, no port to run to. Three mice cling to a leaf in a tempest; what good would it do to be afraid? Nature prepares us to flee or fight but we are programmed as much to master our destinies and face our fates with cold reserve and hard resolve. There is nowhere to flee, no foe to fight. We have done all we can to ensure our safety. Survival means keeping our heads, minding the wind and seas, and pressing on.

Alone in the cockpit, I sit on the helmsman’s seat, watching the shattered face of the North Atlantic.

No, I am not afraid. I am blessed to bear witness to nature’s secret rage on this remote part of Planet Earth. Scenes like this don’t exist on the terrestrial plane.

—from The Blue Monk, by Dave Bricker

Whether your experiences include the horrors of war or an encounter with transcendent beauty, the ability to capture, preserve, and transmit their essence through the printed page is high art. If you’ve had experiences that exceed the capacity of your senses and your ability to reason, challenge yourself to communicate their enormity; write about them.

Memoir is rarely a medium by which we discover literary fortune or fame, but the intention to create it offers pathways to living more fully and to becoming a better storyteller—an alchemist who turns plain facts into meaningful, authentic literature. Your story is the only thing in this world that’s truly yours; nobody can take it from you.

Masterful storytelling is not journalism; it honors truth without being constrained by it. Authentic storytelling, not truthful documentation, is the key to inspiring your reader.