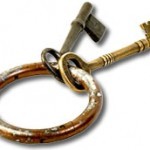 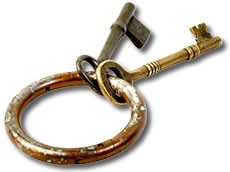 Indie publishers complain that the mainstream publishing establishment acts as a “gatekeeper.” Many readers rely on big publishing houses to filter out low quality books—even though trade publishers regularly print celebrity crap with impunity. Indie publishers often see themselves as victims who are locked out of well-deserved opportunities by a cadre of hypocritical profiteers, but the truth is not so cut and dry. Trade publishers cannot be blamed for adopting whatever standards support their business objectives; their raison d’être is not to give you a chance at fame. Moreover, the fact remains that despite notable exceptions, these folks do a fine job selecting manuscripts and producing good books.

But the nature of gatekeeping is changing. Not so long ago, major network news was considered to be the trusted gatekeeper for the “accurate picture” of what was happening in the world—even though their financial survival depended on advertisers, and their access to “high level information” depended on complicity. Major record labels fed the latest “cool music” to their networks of “popular format” radio stations, and everyone danced. In the same way, the NY Times Book review (which only reviews Big Six-published books) and Big Publishers themselves once enjoyed exclusive status as de facto guardians of the public’s literary tastes. Those days are far from over, but new media has changed the nature of gatekeepers and consumers alike.

In the old days, big media companies were the only ones who could afford to distribute content, and distribution channels were limited. Today, anyone who wants to know “what’s happening” listens to a bit of this and a bit of that, (avoids Fox News altogether), augments their picture of reality with Twitter and YouTube posts from the folks on the street, and reads what the blogosphere has to say. People interested in expanding their musical tastes listen to community radio stations, sample Internet radio, tune in to Spotify and Pandora, and consider the recommendations of online retail outlets whose recommendation engines introduce consumers to offerings similar to whatever they just purchased. On Facebook, hit the “Like” button on the pages of your favorite musicians and ads for related offerings will appear in the sidebar, filtered to suit your interests. Online reviews can  point you in new directions; die-hard fans will tell you about the tracks where Stevie Ray Vaughn attained Jimi Hendrix Status or which recording of Prokofiev’s 7th piano sonata has the most sparkling recording quality—or where a group produced a lackluster album because they had a contractual obligation to their label to crank out a new release—or where other artists have done the job better.

Contemporary readers likewise rely on numerous sources for book recommendations. Though physical bookstores generally don’t stock indie work, big online retailers do—and a search by topic or genre will not favor Penguin’s latest blockbuster over your crazy neighbor’s manifesto. It’s only inside the shrinking universe of physical bookstores that your indie book won’t be found. This is becoming less and less of a problem.

Many readers get their nutritional needs met perfectly well via the same feeding tube they’ve always relied on, but resources abound to connect gourmet tastes with suitable fare. Serious readers take time to read online user reviews (and to read between the lines) and to share their own impressions (and you should too as part of the reader community). Reader reviews are critical to a book’s success. Meanwhile, mainstay review sources like the New York Times Book Review have been embroiled in scandal and publicly criticized for their nepotistic practices. Book-buying services guarantee placement on the New York Times bestseller list for a fee. Numerous sites like IndiesUnlimited.com have sprung up to review indie books, and Independent Publisher’s IPPY Awards (among others) recognize the works of indie writers. Writing contests sponsored by book groups, small publishers and literary magazines are also potential sources of good recommendations. Finding good indie books is no great challenge.

The Dragons are not so Bad

Despite perceptions, trade publishers are still looking for quality manuscripts to publish; their livelihoods depend on it. They rely on networks of literary agents and editors—their own gatekeepers if you will—to respond to query letters and bring prospects to their tables. If they didn’t, they’d be deluged with hundreds of thousands of manuscripts each year; the cost of reviewing them would put them out of business. Most trade-published authors work hard to connect with this publishing establishment, and books have been written on how to accomplish this. By all means, send out those query letters. If you get a heap of rejections, it could mean your book isn’t as good as you think, but it may just as well mean that the experts don’t think it will sell the tens of thousands of copies needed to make it a profitable investment. In either case, the publishing establishment isn’t locking you out; there’s no conspiracy. Big publishers are smart intellectual property investors; they manage risk carefully.

The “us versus them” scenario frequently ranted about by self-publishers is limiting. Despite notable exceptions, what’s handed us by the media conglomerates isn’t generally inferior. Many big publishers, record labels and (unfortunately, to a lesser extent) news broadcasters have built their reputations on quality and continue to do so. Trade-published books can generally be assumed to have been professionally edited and proofread, and to have been selected by professionals who understand how to match manuscripts to market tastes.

But Are You Worthy to Fight Dragons?

Conversely, despite notable exceptions, many of the objections traditional gatekeepers have to indie writers stand on valid foundations. Indie books are generally assumed not to have been professionally edited and proofread. Self-publishing is not the minimally-invasive process it’s touted to be; editors and proofreaders and designers are essential links in the chain from manuscript to bookstore, and they cost money. Though many indie writers do strive to break the stereotype, a majority fall well short of the standards established by trade publishers.

Today, everyone has affordable access to a printing press, blogging platforms, online retail distribution, and all the tools required to establish or destroy credibility as both an artist and a curator. Ultimately, whether or not you perceive yourself as “locked out,” it’s up to you as an indie publisher to meet or exceed the highest standards of the industry; the “corporate conspiracy” theory is moot if your book doesn’t deserve to be allowed through the imagined gate. Moreover, few who complain about gatekeepers (or politics) are willing to take on the job themselves. As independents, the responsibility falls on us to read and post thorough reviews of the books we read (regardless of who published them), and to spend a certain amount of extra time searching for golden needles in the literary haystack.

And if you don’t have a budget for an editor and a designer, but you have a yen to get your book out anyway—just so you can push your stories and ideas out into the stream—the publishing establishment isn’t blocking you. The printing presses are ready to roll.

So Who is Guarding the Gate?

Pragmatists will always defer to mainstream gatekeepers who can generally be relied on to provide a steady stream of at-least-pretty-good offerings. Others simply refuse to subscribe to popular tastes; these readers sample at least a few pages of just about everything, scrutinize reviews, and share their opinions with others. They enjoy the hunt as much as the feast that follows.

As with politics, gatekeepers are elected by popular vote. Nobody forces you to accept their recommendations. Nobody forces them to even consider recommending yours. The world is a competitive place; live with it. Yes, it sure would be wonderful if we could just get all “those people” to open up their minds and see the “big picture,” but fundamental flaws in human nature are beyond the scope of what any small publisher should take on. People who simply “don’t like self-published books” are unlikely to be persuaded by logic or even by self-published works that obviously contradict their prejudices; that’s the nature of prejudice. Write a great book; if someone rejects it because it doesn’t have a famous imprint on it, let that be their loss, not yours.

Interestingly, the ultimate democratization of the gatekeeping process came from none other than Amazon.com. Big publishers can produce whatever they want, but with big distribution comes big response from the reader community; trade publishers depend on Amazon reviews as much as indies do. It doesn’t matter where a reader purchased a book; most post their reviews on Amazon. Customers with mobile phones frequently scan the bar codes of books in physical bookstores to quickly access Amazon reviews; ironically, Amazon reviews often determine whether a reader walks out of Barnes and Noble with a new book! Amazon was smart enough to create something more than another bookstore; they provided a community where readers share opinions about what’s shinola and what’s not. Even though Amazon owns the gate, they crowdsourced the gatekeeping—to us.

In the old days, the gatekeepers stood at the doors of the publishing houses; they decided who could publish and who could not. Now, anyone can publish. Anyone can recommend a book. Readers will have to decide whose recommendations they trust, but opportunities abound for writers to establish credibility without the blessing of a New York publishing house. Opportunities abound for readers to explore beyond the boundaries of big media’s “gated community.” Trade publishing is not evil or exclusive. Self-publishing is not “second chance” publishing or “consolation prize” publishing. Both are perfectly viable, valid, and respectable processes that, when practiced by professionals, are capable of producing books of the highest quality. If you’re self-publishing because you couldn’t break into the New York big leagues, spit out those sour grapes and embrace the journey. Nobody is standing in your way.