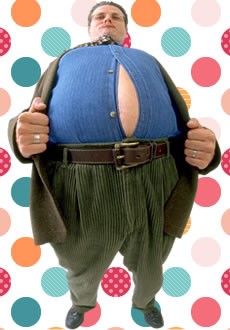 As in the examples above, the use of “that” as a conjunction for introducing a subordinate clause expressing a statement or hypothesis is technically correct, but in many cases, “that” is superfluous. It adds no clarity. The sentence functions just as well without it.

Of course, “that” can help to differentiate between “this” and an array of other choices. In my “two scoops” example, I highlighted the second “that” in green because that one isn’t the “that” that’s causing the problem (sorry—couldn’t resist). “That” is fine when used as a pronoun or an adjective.

“Writing is Design” is based on the premise that design—a conscious, aesthetic decision-making process—can be broken down and understood according to patterns and principles. Just as the sheet music is not the symphony, an insightful analysis of grammar and style is not the same as a great paragraph. My goal is not to break writing down into a series of rules, but rather, to create a set of “lenses” or “filters” through which writers can view their work objectively. Our own style habits are often invisible to us, but words like “that” can be easily searched for and found with your word processor’s “find” function. Find each occurrence of “that” in your manuscript and make a conscious decision about whether to leave or delete it.

Sometimes, you’ll find that an unnecessary “that” sounds better—leave it. Sometimes “that” is used correctly as a pronoun or to make a distinction—leave it. But great design is a process of subtraction. Use “red flag” words and writing patterns to get the objective handle you need to track down and eliminate fat from your writing.

And that is that.