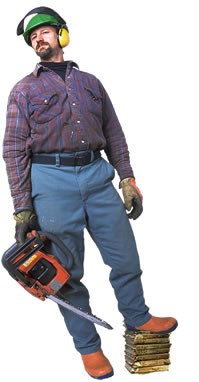 After completing the final draft of a manuscript for my fifth book, I wanted a reality check. I hired a professional editor and learned something important about self-publishing. No matter how capable you are as a writer and proofreader, you can’t accomplish your best writing entirely by yourself.

My initial editing process was hardly ineffective. My latest book is a memoir of my sailing adventures from the 1980s and 90s. I rounded up a capable crew that included people who were there, people who were college writing instructors and people who were simply avid readers. I sent them one chapter (1500-2500 words) per week for almost a year (so as not to burden anyone with a huge job to do gratis), and offered to edit their material in return. I got useful feedback about everything from seamanship to grammar along with their general reader reactions. The collaborative process also forced me to polish each chapter before I sent it out; I usually spent a few hours rewriting before posting the week’s installment on Google Docs and sharing it with my group. That unquestionably improved the book.

I also ran every chapter through AutoCrit.com. AutoCrit is a remarkable style checker. It highlights duplicate words and phrases, ferrets out clichés, identifies weak writing patterns and generally helps point out places in your writing where you should consider making changes. It’s a machine—it’s not perfect—but it scans your text with cold, digital objectivity. Give it your best shot and it will embarrass you over and over again. How could I have missed something so obvious? Learning to write prose that won’t upset AutoCrit is a fantastic growing and learning experience that’s available to any writer at nominal cost.

At the end of the group editing process, I had a tight draft manuscript approved by a tough piece of software and some people I’m convinced are bona fide geniuses. Still, I had this lingering doubt; I wanted my book to be great—better than anything else I’d ever produced. But all my previous writing was created in a personal vacuum, edited by people who knew me. I wondered, “What will an industry professional say about my work? Am I camping in my own back yard?”

I decided to hire a professional editor. I began my search at the Editorial Freelancer’s Association website, threw a few darts at the map and took a trip to Steven Bauer’s Hollow Tree Literary Services. The general tone of his site and the testimonials from previous clients sold me. Of course, the right editor for you is one who works with your writing genre and understands your subject matter; a law book or a technology book will have different editing requirements than a novel. You may speak with several people before deciding on an editor whose style and background are complementary to your purposes.

I called Steven, got on his (not unreasonably long) waiting list, finished polishing my final chapters and sent him my manuscript. When we spoke, I made it clear that my goal was to produce a well-written book, independent of any business aspirations or target reader groups.

Your aspirations are important information to give your editor. Polishing a manuscript to a high standard of literary excellence and preparing a manuscript for acceptance by a particular market segment are not necessarily the same task. Know your goals, or at least have an experienced editor help you choose them. I told Steven that his job was to “protect my manuscript from me.”

After a few weeks, I received the manuscript file (with annotations) and one of Steven’s famous “reports.” We should all aspire to write as well as Bauer does in what I expected to be a simple business document. A few brief excerpts reveal how well he understood my intentions as a writer.

That’s important validation for my initial editing process. It suggests that with some innovative technology and the cooperation of a few smart (and dedicated) people, the costs of editing can be greatly reduced. Save money by cleaning up your manuscript before engaging a professional. Why pay someone to put your periods on the correct side of the quotation marks?

Steve offered useful comments about style—consistency in use of italics, my use of footnotes, and an interesting and well supported suggestion about serial commas, before offering critique of the content:

Bauer’s comments continue for eight pages as a list of well-considered questions to answer, passages to cut and paragraphs to polish. His humble conclusion offers a picture of the kind of relationship he cultivates with his clients:

The comments and corrections in the manuscript were as useful and insightful as those in the report document. Given the speed with which the reading was accomplished and the previous scrutiny given the document by my editing group, I was impressed with the number of punctuation and grammar errors found.

I went to work on the manuscript, took about 95% of Steven’s suggestions, cut out a few sections (reluctantly, but Steven was right; they didn’t need to be there) and then followed up with a phone session to clarify a few matters I had questions about. Then we exchanged a series of emails in which we wrestled over a few fine points, whittling them down until we were both satisfied the problems had been addressed.

Why a Professional Editor Rocks

Publishing is not an art rendered in a free medium. As with hiring a professional graphic designer, hiring an editor may turn your do-it-yourself book project into an expensive undertaking, but if your goal is to sell books, editing costs are part of your business risk. If your goal is to produce a great work of literary art, at some point, you’ll need to buy the bronze from which you’ll cast your sculpture. Even if you’re an experienced writer, a professional touch will make the difference between a good book and a great book.

Many self-publishing advocates promote the myth that bookmaking is something that can be done entirely by one’s self. Certainly, some writers have no choice, but producing an exceptional book requires skills that lie beyond the capabilities of even the best writers. Skimping on cover design, typesetting and of course, editing—even for the most experienced writer—are surefire ways to diminish the quality of your final product. If you don’t believe me, ask your favorite major publisher; they keep artists and editors on their payrolls for a good reason.

Writing is a solitary pursuit, often undertaken during hours stolen from the moon. But the process of transforming a manuscript into a book requires fine editors, artists, typesetters and pressmen. When the sun is ready to rise on your final manuscript, choose your team members as carefully as you do your words.