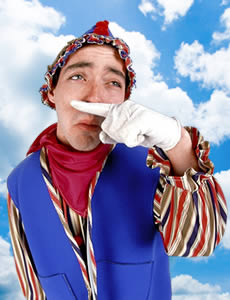 This article began as a response to a post on a writers’ forum. An author submitted a book for review and had his work rejected out-of-hand simply because it was self-published. Self-publishers grumble about this insult regularly.

The National Book Awards (among many others) has the same policy. Here’s the response I got when I asked to have my publishing company added to their list.

Are you a self publisher? If you don’t publish books other than your own or go through a print on demand outfit, you are unfortunately ineligible for the National Book Awards.

Book Contests: What’s in a Name?

What condescension! I certainly don’t have anything to do with an “outfit” unless that includes Lightning Source, a company owned by Ingram, the world’s largest book wholesaler. Many self-publishers use Amazon’s CreateSpace—hardly an “outfit.” Most of the “print-on-demand outfits” Amy probably refers to (Author House, iUniverse, xLibris, etc.) are indeed “outfits” but they’re owned by Pearson, the owner of Penguin (which just merged with Random House.) I wonder if those names carry the clout they’re looking for. Meanwhile, the National Book Awards is no more “National” than Federal Express is “Federal.” POD is nothing more than a printing technology—and it’s one used with increasing frequency by major publishers. The differences between vanity publishing and Print on Demand and the differences between self-publishing and vanity publishing should be understood by the organizers of prominent book contests.

The notion that self-publishers live “over there” in some alternate publishing universe is the literary equivalent of racial prejudice. As a self-publishing consultant, I do understand that the majority of self-published books are self-edited, self-designed, and sub-standard, but this is like using the statistic that 40% of American inmates are black as “evidence” of a racial flaw—a moral outrage. African Americans are not 40% likely to be criminals, and yet, this same twisted logic is applied to book acceptance. It’s reverse logic and a recipe for “throwing the baby out with the bathwater.”

The Pot Said to the Kettle…

Moreover, the review selection process overlooks the fact that big publishers routinely offer their own trash ghost-written for celebrities or spun off from the latest hit movie. These books show their pedigrees and never have to show up in court. Ultimately, the same thing can be said of all publishers: some of their books are great and some of their books are junk. After all, junk has a reason to exist—it sells.

We’re Not in Kansas Anymore

With the merger of Random House and Penguin, only five giant companies qualify as legitimate “traditional” publishers. Review sources that serve only corporate media in a day and age when tweeting, blogging, web-publishing, and the man on the street deliver important, valuable, insightful information that’s not beholden to advertisers or stockholders is truly putting one’s head in the sand. When something newsworthy happens, today’s “good reporter” is the first to find out who had their cell phone video camera pointed at the crash. Self-publishers—even some of those who self-design and self-edit—are potentially important contributors to the global dialogue. The objective reviewer must curate quality material from every corner of the publishing universe.

The book establishment marvels at the meteoric rise of Amazon.com. Though Amazon’s success is due to many factors, a prominent one is that it makes no distinction between my books and Penguin’s. Reviews are published by readers. Customers are often more content to sort through a collection of amateur reviews than to hunt down a single review by a traditional source. And though they’re not “professional” reviews, many Amazon posts are articulate, insightful, useful, and well-conceived. Readers don’t always want to read some MFA book intellectual’s arcane analysis of the prose. They want to know what other readers think. Review sources that only evaluate trade books have become niche publications—and readers have figured this out in droves.

The argument is often made that trade-published books have passed through a selection process where a professional acquisitions editor judges a book to be “good,” while self-publishers vouch for their own credibility. But big publishers are concerned with what sells; they turn down wonderful books every day that are too esoteric or too abstract or too (insert adjective) for their customers. Why should these books become ineligible for review? Because neither the review nor the book serve the needs of industry? One of the great things about self-publishing is that it empowers writers to share their work with niche audiences that large publishers can neither access nor profit from. Rejection by the publishing business is not equivalent to having your book judged “inferior.” Any experienced publishing agent will tell you about amazing manuscripts they just can’t sell to publishers.

I will soon self-publish a new book that I worked on for over ten years (I have no interest in a traditional publisher). I don’t know if reviewers will like it or not, but my book was professionally designed and edited. How could I be other than offended when some reviewer or contest won’t even look at my work? I should sit in the back of the literary bus because I haven’t gotten my work blessed by a New York media conglomerate? In 2013?

The New York Times Book Review has been criticized for alleged nepotism; it had credibility problems even before it began to ignore hundreds of thousands of books published each year and the massive expansion of the publishing universe. Of course, reviewers themselves are constrained by the media who publish their work. Publishers buy ads and pay for reviews just like self-publishers do. Newspapers serve advertisers, and reviews of self-published works are unlikely to feed that money machine. That business reality is hardly a conspiracy theory, but the pretense to objectivity is pathetic. If your newspaper won’t review self-published books, cop on to the fact that you only serve your advertisers. That’s not particularly admirable but at least it’s honest.

Scapegoating self-publishers as a class has consequences for reviewers. Almost a quarter-million books are self-published every year (and this statistic only includes books with a registered ISBN number, not a requirement for Amazon Kindle distribution). The writers of all those books are readers who want as much opportunity to have their work evaluated as anyone else. Can book reviewers and contests afford to piss off a million new readers every four years? At that rate of audience attrition, how long will it be before these facades collapse under the weight of their own irrelevancy?

Let’s get to the very real problem of how reviewers should qualify books. We need to get past the frankly stupid notion that self-published books are “bad” and trade-published books are “good.” Anyone who holds such a view is unqualified to review a book anyway. Nevertheless, reviewers are still faced with the challenge of finding quality books to write about. Apart from the “bread and butter” book products mentioned above, the hard reality is that trade-publishers’ books are generally well-edited and well-designed while self-published books are generally not. For a professional reviewer whose time equals money, it’s easy to choose which of the two stacks is most likely to yield a reviewable book. Book reviewers are not “haters”; they simply have a job to do and a flawed but functional formula that helps them do it.

The standard line proffered by contests and reviewers is that they simply don’t have time to look for good books among the endless shelves of self-published junk. But the notion that reviewers have to “sort through the haystack” is a hill of excrement. I was going to take a 5-minute break from writing this article to see what I could come up with but I was overwhelmed with possibilities in seconds.

Start with the list of book contests open to self-published writers that Joel Friedlander shares on his excellent self-publishing blog. Follow these links to:

And these are only a few. Anyone who can’t find good indie books to review has drawn the window shade in order to claim they can’t find the oak tree on the other side.

It’s Time to Wake Up and Review Self-Published Books

The publishing world is as burdened with contrived recognition machinery for the publishing establishment as it is with shoddy books by writers who lack the taste and skill to practice writing and bookmaking as a craft. Just as self-publishers must write, edit, and design to the same standards as trade published books, opportunities for leadership in the review/contest community lie in dispensing with meritocracy and prejudice. Excellence must be distinguished from mediocrity through objective inspection rather than through futile and damaging attempts to define it by formula.