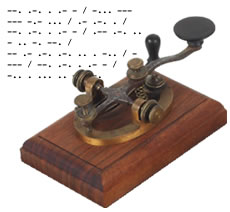 I particularly like this section on dashes, hyphens and dots because it goes beyond typographic aesthetics to explore how we can communicate more effectively as writers. The subtle intricacies of hyphens and dashes affect all authors whether they typeset their own books or not. Knowing how to punctuate correctly empowers you to control emphasis and handle challenging sentences that contain parenthetical asides, omissions or incomplete thoughts. Here, good typography is an extension of good writing.

Many writers are unaware that the simple dash comes in several flavors. Because dashes are often used as alternatives for other types of punctuation, they are explained here in context with the marks they substitute for.

Though some typographers insert small spaces between dashes and the words they surround or bridge, standard usage is not to use spaces before or after dashes unless the dash occurs at the end of a sentence preceding another sentence. As with periods, proportional typefaces “know” how much space to add around a dash (which is why the old practice of using two spaces after a period was abandoned when typewriters gave way to word processors).

The hyphen dash is used to split words across a line break or to join two words into one. Most word-processors and typesetting programs will automatically hyphenate words as-needed.

The waves glowed blue-green in the tropical sun.

The figure dash is unavailable as a separate character in most typefaces. When typesetting subtracted characters, a hyphen-dash is generally used. However, the function of a figure dash is entirely different. See Chapter 3 of Book Design Basics on Tabular and Oldstyle Figures for more information about typesetting numbers. In mathematics, add spaces around the minus sign.

The en-dash is slightly wider than a hyphen. It is used to indicate a range of values or a relationship between values. Traditionally, the en-dash is the same width as a letter n in a given typeface, but there are no firm standards.

Memorize the Dictionary in 4–6 minutes.

The em-dash is slightly wider than an en-dash. Traditionally, the em-dash is the same width as a letter m in a given typeface. The em-dash functions much like a colon but it has greater emphasis. Think of an em-dash as a dash with a built-in exclamation mark. It suggests that some important piece of information is about to be added to a sentence.

He proofread the entire manuscript in one night—all 700 pages of it.

Use a colon for a list of items that requires no particular emphasis, or to indicate that one statement logically follows another.

There was only one possible conclusion: John stole the eggplant.

Use an em-dash instead of parentheses to add emphasis to an internal part of a sentence:

He ate the cake—including the lit candles—in a single bite.

Use parentheses for less exciting information:

Be sure to take your Vitamin B3 (Niacin) every day.

Dashes (in their many forms) are a subtle but important part of typography.

Use an em-dash in place of an ellipsis (see below) to indicate a continued, unfinished or interrupted statement.

I don’t believe it! He actually intends to—

—but I wasn’t anywhere near that alley on the night of the murder!

Use an ellipsis instead of a preceding or trailing em-dash to indicate a continued, unfinished or interrupted statement that trails off into silence (aposiopesis for the obscure vocabulary word collectors in the audience) where no particular dramatic emphasis is required.

“I studied all last night but I don’t remember the answer. I just can’t…”

An ellipsis is used to omit material from quotations.

We, the people, in order to form a more perfect union … do ordain and establish this constitution of the United States of America.

An ellipsis at the end of a sentence with no sentence following should be preceded by a period (for a total of four dots).

Once upon a time there was a princess…. And they lived happily ever after.

Finally, the ellipsis is often abused in casual email exchanges where it indicates  the writer is thinking, doesn’t care to finish a sentence that has an obvious meaning, or that the conversation will be continued later. Filling your writing with ellipses is the literary equivalent of stuttering, muttering and stammering. Good editors will tar and feather you for doing it.

Subtle variations in the length of a dash or the placement of a dot have a dramatic effect on the tone and precision of your writing. Writers who limit their usage to standard hyphens and periods create more work for editors and typesetters at the possible expense of failing to have their words communicate their intended meanings.

Writing and typesetting are interrelated crafts; both require an understanding of the intricacies of punctuation. In my other posts about book design, I encourage readers to work with professional designers or at least get some professional guidance and critique. Here, I strongly encourage working with a capable editor. Many self-publishers bypass this critical step citing good spelling abilities or cost as justifications, but working with an experienced wordsmith who has already mastered the powerful magic of punctuation and the subtle mysteries of language amounts to a priceless writing apprenticeship. If you want to be taken seriously as a writer, take your writing seriously every step of the way from first draft to finished book.

Addenda: This article generated several responses from typographers who eschew use of the single, em-width ellipsis character in favor of using three periods separated by non-breaking spaces. Proponents of this form either feel that the single glyph is too tightly spaced or cite the three-dot formula specified by the Chicago Manual of Style. Some typesetters feel three periods with spaces is too wide while the one-character ellipsis is too narrow; preferring to customize the spacing to suit their tastes and the typeface being used. For an interesting discussion of the merits of different approaches see http://typophile.com/node/42278