X
X
↓
Home→Self-Publishing→Writing is Design: Shy Away from Timid and Passive Writing 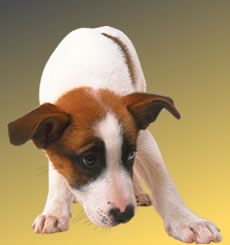 Of course, you may actually wish to speculate or express uncertainty. “Would”,”could”,”might”, and “may” are useful, valuable words but when mishandled, they’re unnecessary and they dilute the strength of the sentence.

There is no ultimate arbiter of good or bad or right or wrong; “writing is design” merely encourages you to treat specific words and writing patterns as “flags” for the application of conscious, objective, aesthetic decision-making.

Here are some examples of timid writing based on actual manuscripts:

In the above cases, the “timid” voice detracts from the impact of the sentence. Here are suggested fixes:

None of the suggested corrections changes the author’s voice or tone—this is how professional editors work—but the statements are now subtly more direct and easier to understand. The last example could be technically more correct if the narrator was not yet with the familiar company, but—and this is the kind of wordynerdy stuff you should fight about with your editor—I personally  prefer the shorter,”corrected” version.

As with other “writing is design” patterns, you won’t want to change every occurrence of timid writing; sometimes that voice is appropriate. Sometimes, the “music” of the writing sounds better that way; leave it alone. The point is to make a conscious decision.

Timid usages are often characterized by the use of “was” and “were. A search for words that end in “…ing” will turn up opportunities to choose objectively between “was/were —–ing” and “—–ed.”

Though somewhat generic, “was” and “were” are quite valid indicators of past tense; they’re not necessarily timid. But if you take the time to search for them in your manuscript, your personal writing style will be revealed. If you find too many generic verbs and too many timid forms, the laborious task of upgrading your sentences will quickly train you to be a better wordsmith.

Generally, if something happened in the past, use the past tense unless you’re writing about a past situation when someone was not sure what was going to happen in the future. Look for “was” and “were” and then look for “would”,”could”,”might”, and “may.”

Though not technically timid writing, “have” and “had” can add a timid tone to a sentence when misused. You’ll have to skip past a lot of correct usages but you’ll also get a chance to examine each sentence through the lens of, “does it speak directly, or does it fail to look the reader in the eye?”

The past perfect tense is the correct tense to use when you are referring to an action that occurred before another action. It is the “toggle switch” that alerts a reader to a flashback in narrative writing.  For example:

The examples below feel “timid” because the author doesn’t state what happened with authority. The events are past-tense and complete but the sentences awkwardly mix past and past perfect tenses. Ask yourself when the events happened and apply the appropriate tenses. If there’s a switch from past to present or a switch from a general state to a specific one, use past perfect to make the change clear.

Because these sentences tell of no switch in state, they work better in past tense.

Timid writing is associated with certain grammatical characteristics but mostly, it’s timid—shy, indirect, insecure, vague, and tentative—all things you don’t want your writing to be unless you intentionally choose that voice for a character expressing uncertainty.

The process of making conscious choices about whether to use timid/passive voice or a more assertive one is as much a form of design as choosing a vivid color or a less saturated one, or specifying a musical passage as pianissimo or forte (loud or soft). Learn to recognize the patterns that characterize timid writing and use them to control the strength of your prose. If you’re going to write timidly, do so by design and not by habit.

Articles in the Writing is Design Series include:

Writing is Design: Eliminate THAT Fat From Your Writing